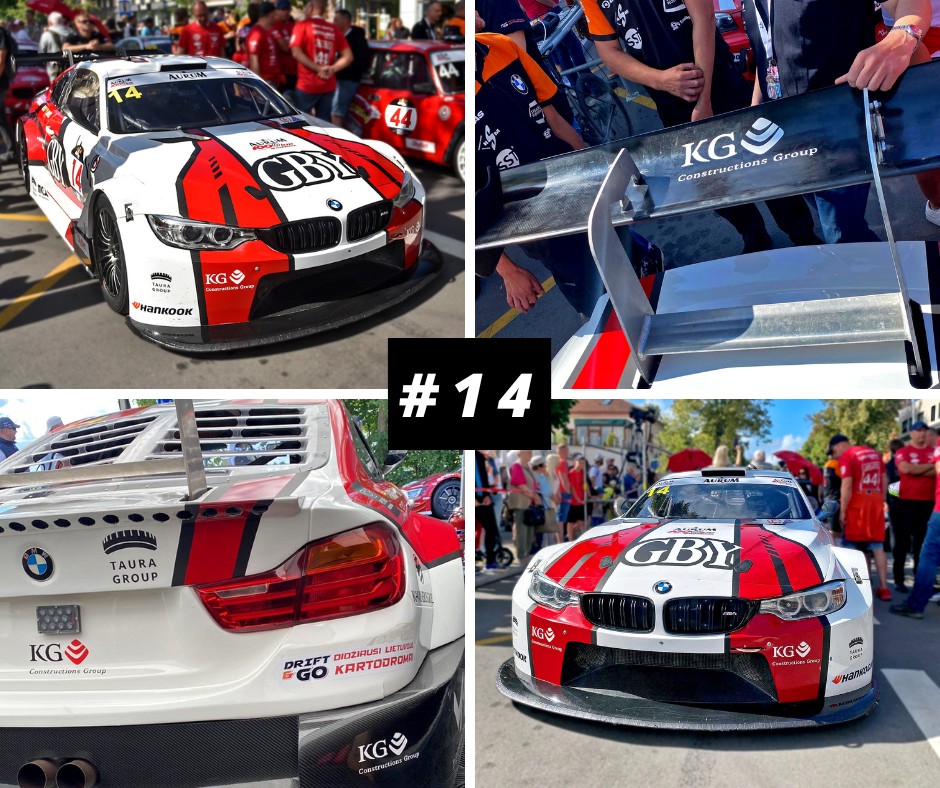 “KG Constructions Group” officially  became one of the main sponsors of “GBY by JR Motorsport” team and Rokas Baciuška, who is one of the most talented and promising young drivers in Lithuania. Rokas in Dakar Rally at the beginning of this year won the 3rd place at T4 category and was named the best rookie of Dakar. Also, he was the youngest Lithuanian ever to participate in Dakar. This time Rokas was part of „GBY by JR Motorspot“ team, which was the youngest in the whole Aurum 1006 km race, together with Justas Jonusis and Vilius Kibildis.

In the traditional 1006 km race in Palanga, together with two young Lithuanian racers, Tauragiškis finished first in his class, and eighth overall.

After the race, we asked Rock a few questions. Rokas started his sports career with go-kart racing, and later switched to rally – cross-country. R. Baciuška thanks her father for the opportunity to enjoy motorsport. One of the most talented racers of the young generation says that speed he only likes on the race track, and on the road the same traffic rules apply as everyone else. When asked what car he would choose if he didn’t have to think about money, Tauragiškis says that it would be an AUDI RS6. In his free time, the young athlete devotes his attention to his friends, and replaces his car with a bicycle.

Our ambition is not only to build, design or produce, we also want to contribute to positive solutions and create additional social value and to be responsible not only in our day-to-day operations, but also in the long run term. “We are happy to be able to support one of the most promising Lithuanian racers, who makes the name of Lithuania famous”, -says Linas Karžinauskas, CEO of the company.

Share this article:
All news
“KG Constructions Group” plan for 2024 – 85 mln.turnover “KG Constructions” – 50 mln. Eur Worth of Contracts in Norway Manufacturer of Aluminum and Glass Facades KGCG is moving to new premises