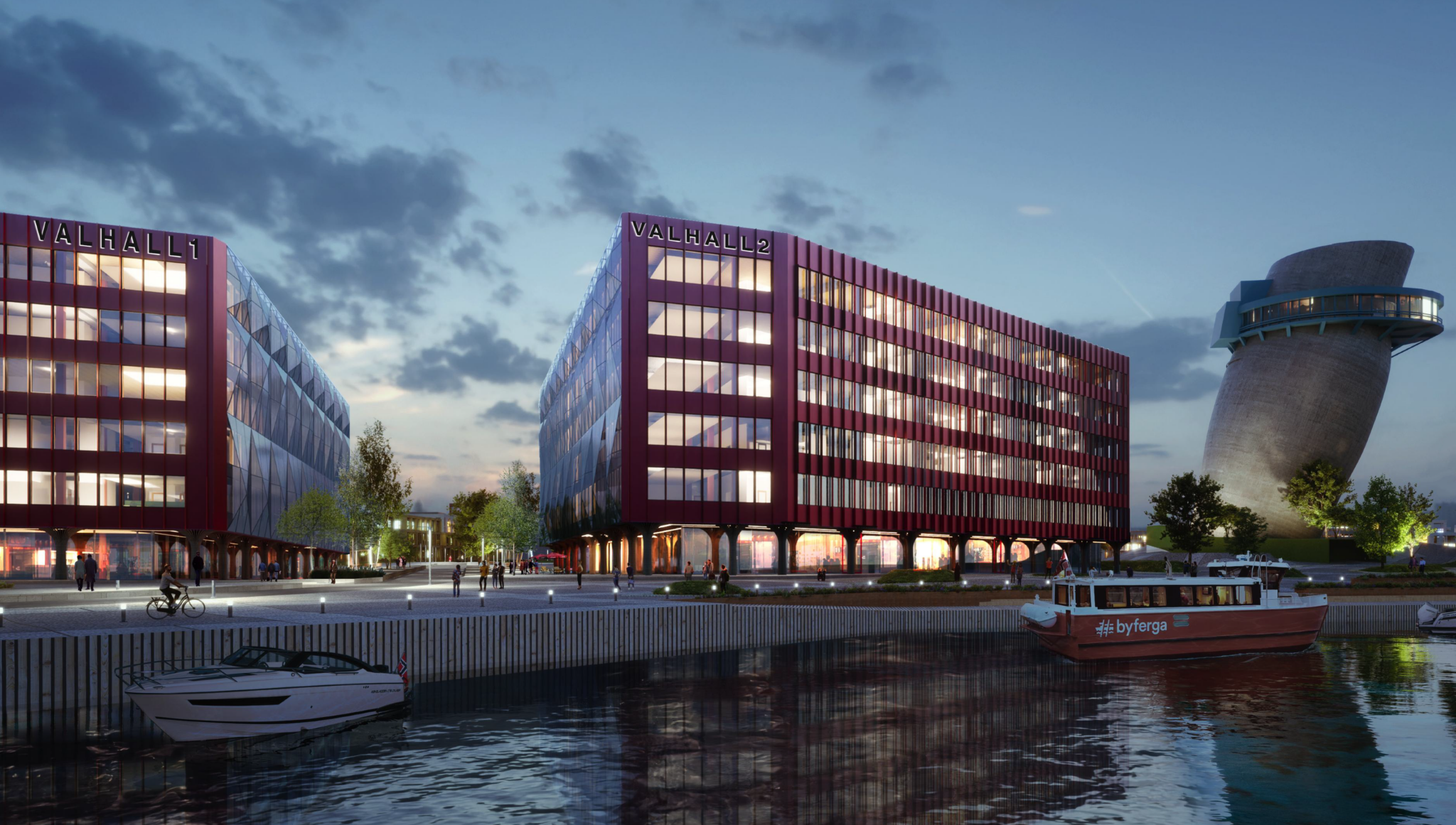 “KG Constructions” – 50 mln. Eur Worth of Contracts in Norway

According to the contracts, the company will supply facade constructions  for the UiO (University in Oslo) Livsvitenskapsbygget (Life Science Building) and until 2024 is committed to install the facades for two buildings of the “Valhall” office complex in Stavanger.

In addition to the above-mentioned projects, the group of companies concluded three more contracts during the year for the works of the “Stasjonssenter” central station with an office complex and the office buildings “BT5 Teknostallen” and “Valle Vision”. The total order basket of companies in Norway will amount to more than 50 million in the next two years. Eur.

“Until now, during almost 16 years of the company’s activity, we have had only 3 small projects on the Norwegian market, and thanks to the new strategy and personalized approach to customers, we have currently secured contracts for even 5 large projects. In 2023 the order portfolio in the Norwegian market will more than double and reach about 28% of the planned 85 million. EUR turnover, and the Scandinavian market will occupy close to 60% in total”,  – says L. Karžinauskas.

Almost 20 million the contract for the implementation of the “Valhall” project was signed in a record short period of one and a half months. In this project, we will be responsible for 20 000 m2 installation facades. The object will consist of two types of facades. The first – 18.000 m2 of unitized curtain walls whose are fully pre-assembled in the factory and efficiently will be installed on site. This allows to have quick, precise and focused installation process.

Another project implemented by KG Constructions Group – UiO (University in Oslo) Livsvitenskapsbygget (Life Science Building). The value of the facade design and facade contract of the UiO project reaches more than 17 million. Euros. Our Group of companies responsible for this project’s unique façade design, project management, production, transportation and installation. In total there will be around 14 080 m2 of unitized curtain walls which accounts to ~1246 units.

New Life Science Building will become Norway’s largest university and hospital building with almost 100 000 m2 of gross building area. It will accommodate around 1 600 employees and 1 600 students and will become the core of Norway’s leading innovation district as well as will massively contribute in ensuring Norway’s international competitiveness in life sciences.

A lot of attention will be paid to the sustainability and energy efficiency during the construction and operation stages of the building. The project aims to achieve a reduction of greenhouse gas emissions by 50% for materials, energy and transport compared to a standard university building. New Life Science Building will become Norway’s largest university and hospital building with almost 100 000 m2 of gross building area.

To date, the largest project of the KG Constructions group of companies in the Norwegian market has been the Radhus new City Hall on the shores of the North Sea fjord in the Sandnes region. In total KGC designed, manufactured and installed around 6000 sq. meters of façade constructions.

In 2022 the company plans to finish with 65 mln. sales revenue and in 2023, it is planned to reach 85 million. EUR of sales revenue.  For this one will be necessary to load the production lines of both the old and the new factory and create more new jobs. The strategic goal is to reach 100 million turnover in 2024. Euro. KG Constructions Group has offices in Vilnius, Copenhagen, London and Basel.

Share this article:
All news
“KG Constructions Group” plan for 2024 – 85 mln.turnover Manufacturer of Aluminum and Glass Facades KGCG is moving to new premises International Day of Awareness of Food Loss and Waste – we can all contribute to a better tomorrow