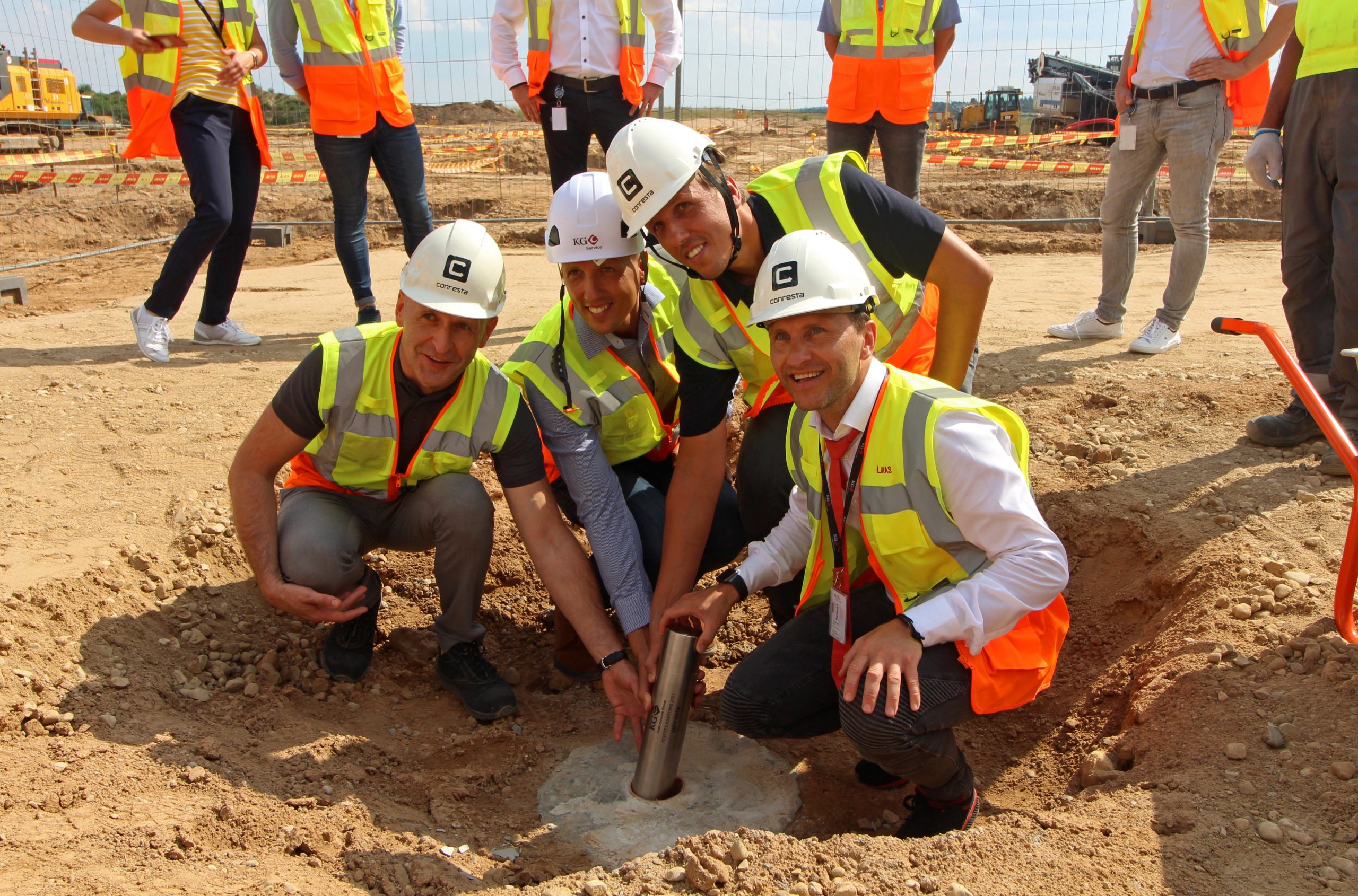 On Wednesday afternoon, we officially announced the start of construction of the new plant, burying a symbolic KGCG capsule in the foundations of the future plant. In it, we kept a message for future generations mentioning when the construction of the factory began, where we are today, and what we want to be in the future. The letter was signed by KGCG Shareholders – Linas Karžinauskas, Audrius Guzikauskas and Mindaugas Guzikauskas, KGCG Project Manager Agnė Gervytė and UAB Conresta Director Lukas Laukaitis.

“The thought of building a new factory began about 8 years ago with the thought of what we want to have. Later, it became a dream that changed many times before it finally became a body. We’re glad that moment has just come. A few years ago, we had one vision, now a different one, so construction began in its time, when it had to. Today, we have the best solutions that will unequivocally contribute to the protection of our environment – we give up gas and choose geothermal heating system, which is ecological, convenient, economical and long-lasting, we install sun collectors on the top of roof of the building. As one of the largest producers of aluminum and glass facade structures in the Baltic and Scandinavian countries, KG Constructions Group and by contributing to the environment, we will be able to help our children and descendants to live better lives and feel the impact” said KGCG CEO.

“I wish never give up and become not only one of the most modern and leading companies not only in Lithuania, but also in Europe, and possibly all over the world,” wished Lukas Laukaitis, CEO of UAB Conresta.

In the second stage of the project development, another 7,000 m² production factory with an administrative building are planned, and which will be allocated to the subsidiary of the group – UAB Lignas. Construction is scheduled to begin in 2023.

It is up to us how future generations will judge our present. We believe that we will contribute to building a better and more sustainable future and create more attractive and better conditions for young talents.

Share this article:
All news
Unique facade constructions designed for D. Libeskind’s Artery business center in Vilnius “KG Service” has organized trainings for the installation team for a safer working environment „KG Constructions Group“ has donated over 30 000 Eur to the Ministry of Defense of Ukraine