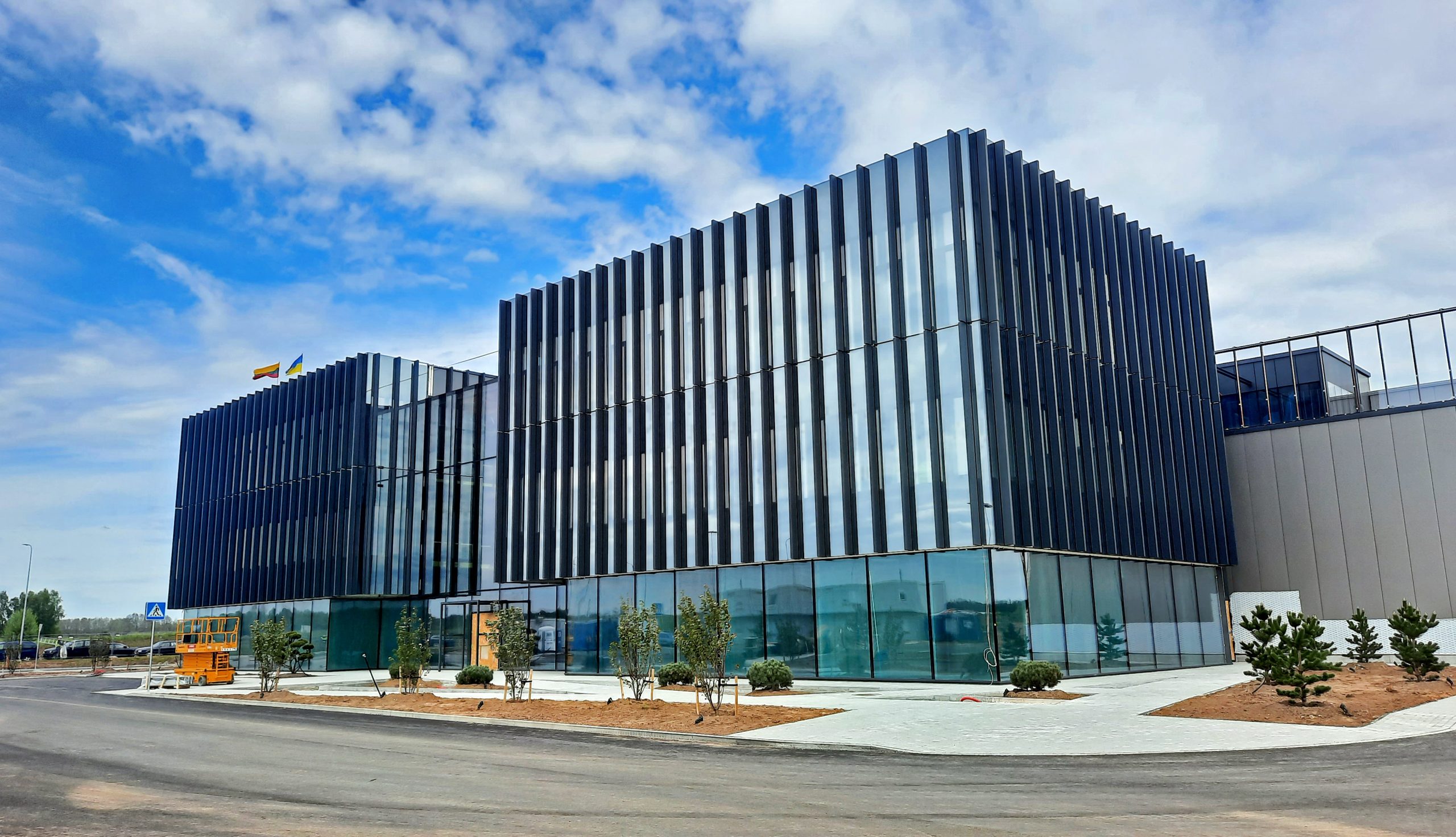 CEO Of “KG Constructions”: We never tought that Lithuanian market is not perspective for our business

One of the largest producers of aluminum and glass facade structures in the Baltic and Scandinavian countries, which has already almost completed the construction of its new factory in Riešė, is planning to reach this year’s goal of 70 million. EUR turnover target. CEO of the company, Linas Karžinauskas VŽ, says that this year the share of work in Lithuania has also increased five times, last year, for example, when it was only a tenth. However, whether the trend is sustainable is difficult to say for now.

VŽ wrote that the group’s consolidated turnover in 2021 amounted to 40.3 million Eur and, compared the year before last,was decreasing 16.5%. KG Constructions Group continued to be profitable, but its consolidated net profit fell 2.2 times to 1.99 million. Eur.

L. Karžinauskas gives interview at the almost completed new factory of the group in Riešė. The main expectations for the new complex are not only related to the increase in production capacity, but it will have much more comfortable working conditions, which should help increase the attractiveness of the company as an employer. We have invested a lot in the architecture of the building for representation.

Similar as in the IT sector

One of the changes that the new building will bring to the factory workers is that they will no longer have to work in two shifts. “Except for robots and devices. We believe that this should increase efficiency and motivation. Not everyone wants to work at night, go on business trips,” says CEO of the company. When setting up the complex, the company cared about the comfort of its employees – there is a sports field nearby, where there will be tennis courts and a basketball court, the building has a gym, many rest areas, canteens, and changing rooms. 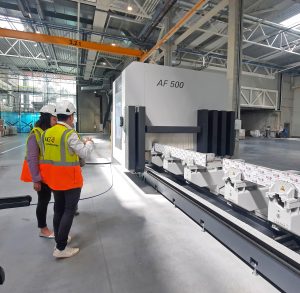 Despite the fact that the new production complex is almost finished, the plans for 2013 does not end in the acquired territory. The company has already announced that it intends to build another similar building nearby. According to CEO of KG Constructions Group, the development is likely to start in 2023-2024.

Generally, the group generates most of its revenue in export markets. For example, in 2021 most of them were by Sweden (72%), Denmark (15%), while in Lithuania – 9%. However, in 2022, according to L. Karžinauskas, the situation has changed significantly. Now our country brings 46% of the group’s income.

“We have many large orders in Vilnius and Kaunas. We have never say”no” to the Lithuanian market and we would be happy to work here more.

Currently, the group’s order portfolio includes such business centers in the center of the capital as “Artery”, “Flow”, “Teltonika” office building, and “Skylum” apartment buildings in Viršuliškės. CEO of KG Constructions Group hopes that the contracts for 2023 will be signed by September for more than 100 million Eur. That would be a full basket for years to come. It’s hard to say how it will go next.

Share this article:
All news
“KG Constructions Group” plan for 2024 – 85 mln.turnover “KG Constructions” – 50 mln. Eur Worth of Contracts in Norway Manufacturer of Aluminum and Glass Facades KGCG is moving to new premises