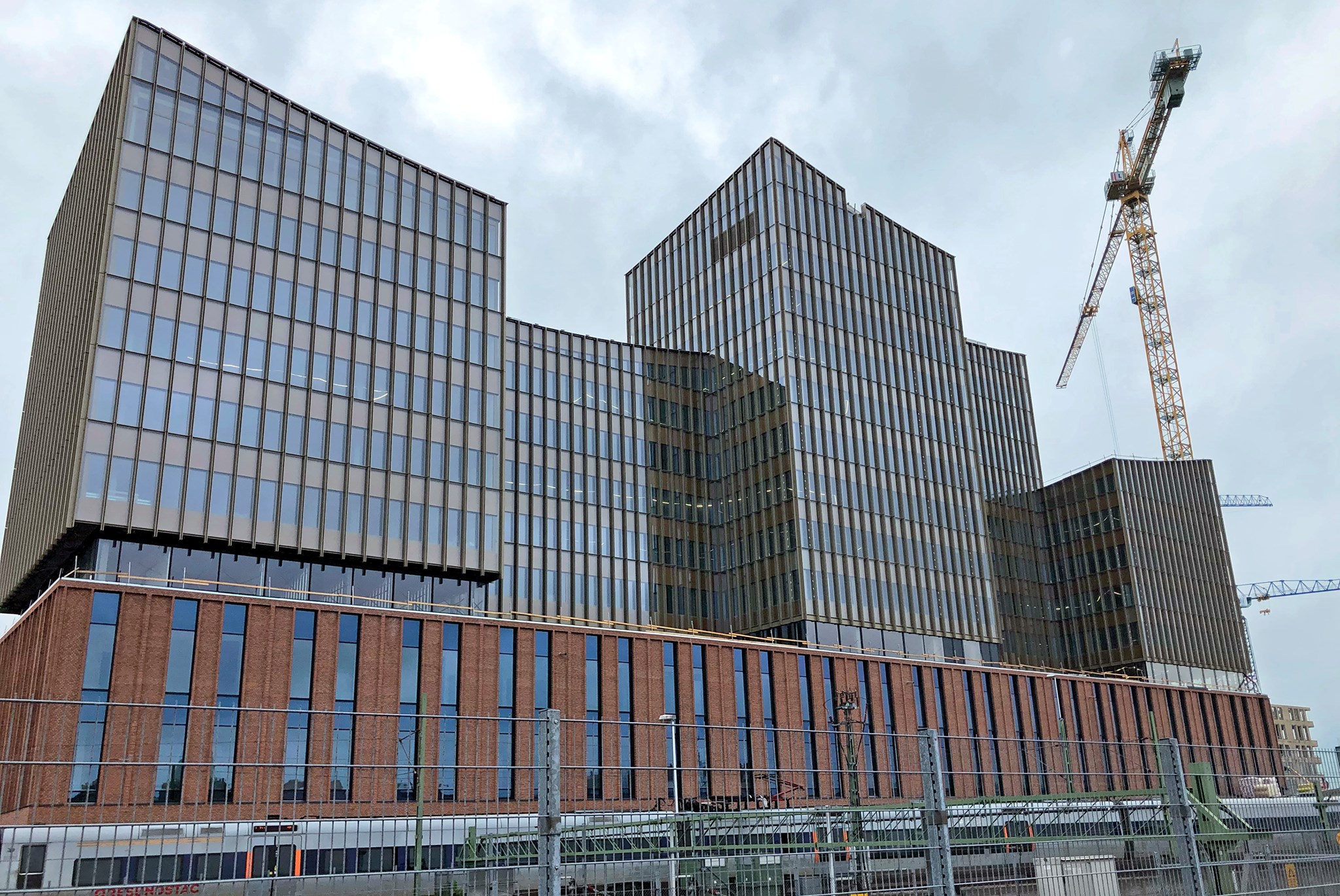 2022 an impressive Domstolsbyggad courthouse will open in the autumn in Malmö’s Nyhamnen district. The building covers approximately 34.000 square meters gross area and will be one of Sweden’s largest court buildings. This chamber will be certified under the Miljöbyggnad Guld building environmental certification scheme. It will be a very characteristic building with functionality and symbolism connecting the old and the new city of Malmö.

A central corridor runs the length of the courthouse’s base structure, a spine linking the building’s 42 courtrooms. The layout balances public and private realms: This central corridor establishes an indoor public commons, emphasizing the court’s commitment to the community, yet also makes space for private deliberations when discretion is necessary. The building consists of a house body on four levels with a common foundation and on top of this five towers which are offset from each other in a north-south direction and which are gradually stepped down in height. The building’s facade goes from a brick facade at the bottom to a glass tower, where the brick is gradually phased out to become glass only.

Our team is responsible for the production and implementation of 16 161 m2 of unitised and stick facades. On Saturday, the last unitised curtain wall unit (1 659th) was installed at Domstolsbyggad project, which upon completion will become one of the largest workplaces for lawyers in northern Europe. Famous architects such as Henning Larsen contributed to the project. We are proud to work with the best in our field and become part of this project.

Share this article:
All news
Unique facade constructions designed for D. Libeskind’s Artery business center in Vilnius “KG Service” has organized trainings for the installation team for a safer working environment „KG Constructions Group“ has donated over 30 000 Eur to the Ministry of Defense of Ukraine